STRATEGIES for Sustainable Gender Equality organized its consolidation workshop on March 2nd 2020 in Paris. It was hosted by the Paris Sciences Lettres University, the CNRS and the Ecole Normale Supérieure. Our Community of Practice had the chance to organize a meeting in real time and space, just a few days before the co-vid pandemic forced countries in Europe and abroad to a strict lock-down. The STRATEGIES Consolidation Workshop was dedicated to the topic of Evaluation and Impact Assessment for Gender Equality in Higher Education, Research and Academia and was initially planned to gather 20 participants from Germany, Italy, Spain, France, Sweden, Belgium and the UK representing Higher Education, Research and Innovation and Governmental Institutions, Networks and Associations. Eventually and due to the co-vid crisis 15 participants attended the meeting, among which 2 by distance.

The topic of the Consolidation Workshop was decided and co-created during the kick-off meeting which took place on the 2nd of December in Paris. Following the successful format of the kick-off meeting, we decided that the Consolidation workshop would feature two parts: during the 1st part of the meeting, we would feature presentations from invited speakers on the topic of Evaluation and Impact Assessment and a collaborative, hands-on session for the 2nd part of the day. We were pleased to be able to confirm in our panel on Evaluation and Impact Assessment four speakers from the UK, France, Italy and Germany featuring three European projects and the ATHENA Swan Accreditation Scheme.

• Lorenza PERINI, from the University of Padova, Italy would contribute with a the presentation "The GenderTime Equality Index: a contribution to gender equality awareness-rising in Academia", featuring the GENDER TIME project (Badaloni and Perini 2016). Unfortunately, due to the co-vid crisis, Dr. Perini was unable to join us online or physically.

• Maxime FOREST, from the Paris Institute of Political Studies, offered to contribute with a presentation on the SUPERA project approach to Evaluation and Impact Assessment

• Susanne BUEHRER, from the Fraunhofer Institute for Systems and Innovation Research ISI, Karlsruhe, Germany contributed with a presentation entitled "Evaluating Gender Equality in Research and Innovation – Theories, Methods, and Results from the EFFORTI project" featuring work carried out in the EFFORTI EU project. Though Dr. Buehrer also had to participate by distance, her presentation occurred without any major issues

• Colette GUILLOPÉ, Université Paris-Est Créteil, Paris, France presented a new publication, "The Gender Gap in Science: A Global Approach to the Gender Gap in Mathematical, Computing and Natural Sciences, How to measure it, how to reduce it". This book reports on a three-year project (2017–2019) funded by the International Science Council and involving eleven scientific partner organizations. The main goal of the project was to investigate the gender gap in STEM disciplines from different angles, globally and across disciplines. 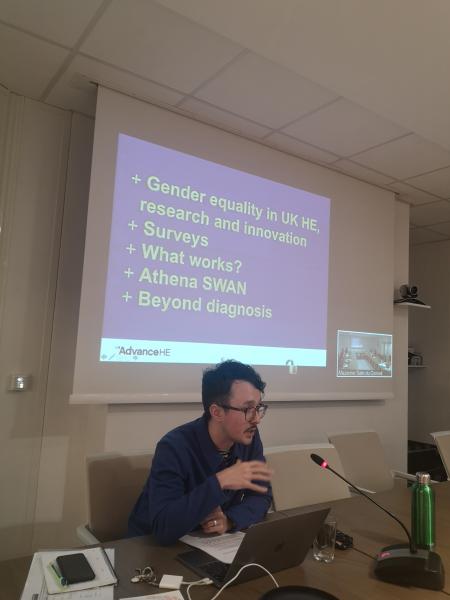 Following these presentations, we had the chance to present and disseminate the twitter #COMMIT2GENDERRING campaign which was planned on the occasion of the International Women’s Day, following the successful example of last year’s #GendeRRIng campaign with the aim of making visible the commitment of the implementing institutions involved in the ACT project towards gender equality. For 2020, it was possible to mobilize colleagues and secure the participation of 12 sister projects (ACT, GEECCO, TARGET, SPEAR, GEARING ROLES, SUPERA, CHANGE, CALIPER, R&I PEERS, GENDER SMART, GENDER-NET Plus, GE Academy). The broader goal of the campaign was to make visible the commitment of all partners and institutions involved in all projects.

In the afternoon, a hands-on, co-creation session was proposed using the ACT co-creation toolkit. Using the method of 1-2-4 all we split in two groups : one group with the French and French speaking participants and one group with the participants of all other countries with a list of questions they were proposed to explore. We thought that as STRATEGIES features many French partners, splitting participants this way, could provide us with a tangible, comparative view of main practices and challenges in Evaluation and Impact Assessment in France and Europe.

The groups were given as a guide a few questions in which they were asked to reflect upon and discuss: What kind/type of evaluation and impact assessment do we/our institutions currently carry out? Is it easy or difficult to measure and evaluate the impact of gender equality policies and plans? What are the challenges and opportunities we are currently facing and see as critical?

Fruitful and lively exchanges also occurred onsite on the occasion of the social dinner that took place the evening before the consolidation meeting and during the convivial lunch-breaks organized on-site, at the conference venue. Furthermore, a “closed” work meeting, open to registered CoP members (i.e. members having signed the Memorandum of Understanding) was organized the day after the Consolidation Workshop at the Ecole Normale Supérieure, so as to exchange ideas and brainstorm around the future of the Community of Practice beyond the horizon of the ACT project.

The meeting concluded confirming the dates for the next meeting, planned to take place in Nice on June 8th and 9th, in collaboration with the Université Côte d’Azur and EURODOC (which following the co-vid 19 pandemic was eventually postponed as the majority of scientific conferences necessitating on-site delegates presence that had been planned for the summer and the autumn 2020). For those interested in finding out more, note that the slides from the presentations of Kevin Guyan, Susane Bührer and Colette Cuillopé are publicly available from the STRATEGIES Resources area. 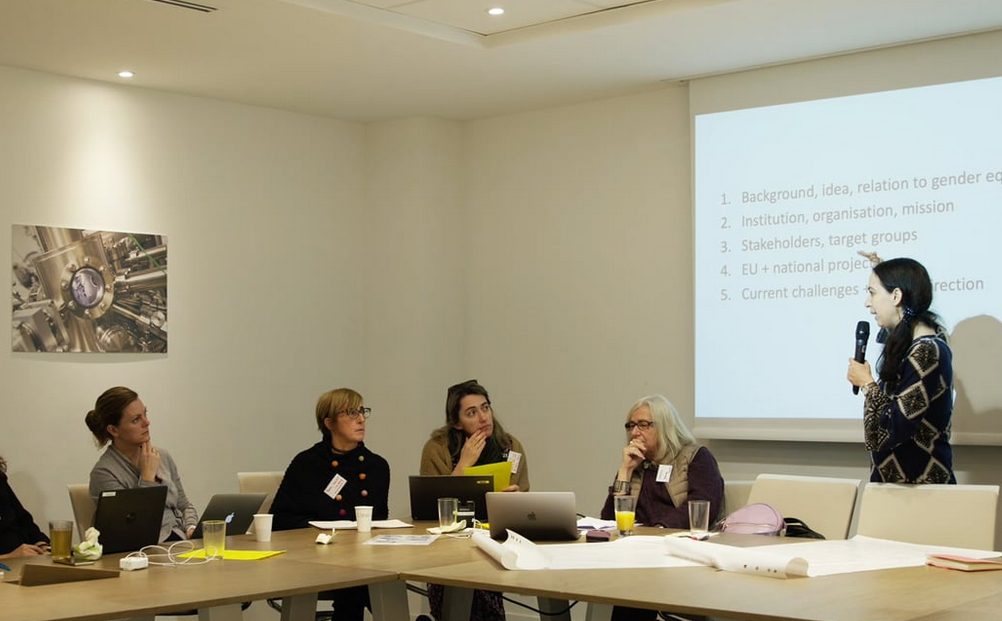